To me, the current state-of-art in computer security focuses on building walls, which is effective for establishing a perimeter but do not adapt to changing conditions. I am more interested in adaptive solutions, which are similar to guards in the sense that they are capable of observing, adapting and reacting to the environment. Within this general view, here are a few projects that I worked on so far.

Postdoctoral Work: Getting Android Devices to Recognize Their Users 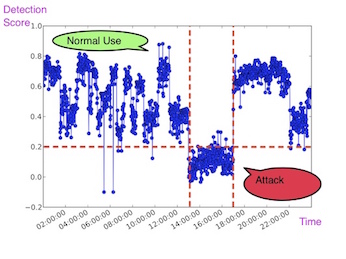 We hope we don't live boring and predictable lives. If you look at our daily grind from a smartphone's perspective, predictability is everywhere: from your Wifi networks, to your daily route to the typical light and noise levels at your home and office. This Marie Curie IIF project aimed to leverage such predictability and investigated data-driven implicit authentication, in which your smartphone builds many mini-models of your 'normal behavior' taking your temporal and spatial patterns into account. The device computes 'comfort scores' continuously, deciding if you should be allowed access. The less familiar the surroundings, the more cautious the device gets, asking you to authenticate more. 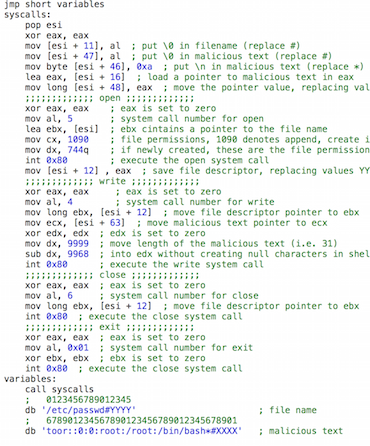 Vulnerability testing has been mainly performed by humans. Wouldn't it be interesting if we have a computer program that can develop computed programs, exploits in this case, so that we can test our defenses more effectively? This was a fun project. I had to learn to write shellcode, inject it into a vulnerable application and watch the infected application misbehave using strace. On the machine learning side, I got to develop my own linear Genetic Programming, which developed programs in arbitrary languages (I tested out assembly, C/C++ and system call-level). Genetic Programming's objective was to create stealthy attacks since it had an anomaly detector opponent, that tried to detect the attacks that it generated. The resulting arms-race between the attacker and the defending anomaly detector was quite interesting!

This thesis proposes a 'black-box' approach for automating attack generation by way of Evolutionary Computation. The proposed 'black-box' approach employs just the anomaly rate or detection feedback from the detector. Assuming a 'black-box' access in vulnerability testing presents a scenario different from a 'white-box' access assumption, since the attacker does not posses sufficient knowledge to constrain the scope of the attack. As such, this thesis contributes by providing a 'black-box' vulnerability testing tool for identifying detector weaknesses and aiding detector research in designing detectors which are robust against evasion attacks.

The proposed approach focuses on stack buffer overflow attacks on a 32-bit Intel architecture and aims to optimize the various characteristics of the attack. Three components exist in a common stack buffer overflow attack: the shellcode, NoOP and return address components. Therefore, automation of attack generation is realized in three stages: (1) identifying the suitable NoOP and return address components, (2) designing the shellcode at the assembly level, and (3) designing the shellcode at the system call level. The first and second stage address the evasion of misuse detectors by employing obfuscation, whereas the third stage addresses the evasion of anomaly detectors by employing mimicry attacks.

In short, the proposed approach takes the form of a 'black-box' search process where the attacks are rewarded according to two main criteria: (a) their ability to carry out the malicious intent, while (b) minimizing or eliminating the detectable attack characteristics. Furthermore, it is demonstrated that there are two parts to buffer overflow attacks: (i) the preamble and (ii) the exploit. Therefore, the anomaly rate of the whole attack is calculated on both parts. Additionally, the proposed approach supports multi-objective optimization, where multiple characteristics of attacks can be improved. The proposed approach is evaluated against six detectors and four vulnerable applications. The results show that attacks which the proposed approach generates under a 'black-box' assumption are as effective as the attacks generated under a 'white-box' assumption adopted by previous work. 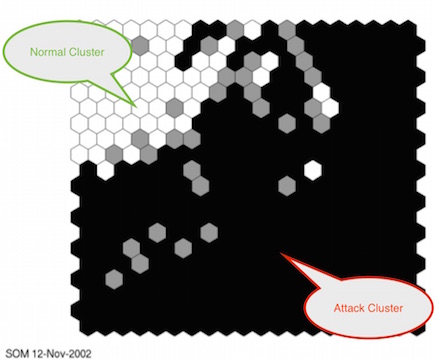 I was interested in network-based intrusion detection and particularly how data-driven an intrusion detection system can be. We utilized three layers of Self-Organizing Maps (SOMs) -- to me, using a layered, "divide and conquer" approach similar to deep learning -- to detect intrusions from packet header information without requiring deep inspection.

In this work, an architecture consisting entirely Self-Organizing Feature Maps is developed for network based intrusion detection. The principle interest is to analyze just how far such an approach can be taken in practice. To do so, the KDD benchmark dataset from the International Knowledge Discovery and Data Mining Tools Competition is employed. In this work, no content based feature is utilized. Experiments are performed on two-level and three-level hierarchies, training set biases and the contribution of features to intrusion detection. Results show that a hierarchical SOM intrusion detection system is as good as the other learning based approaches that use content based features.